During the first year of his life, your baby will go through a few nap transitions, from over 4 naps per day down to just 2 by the end of the first year, which will decrease again to just 1 nap by the time he is 18 months. That’s a lot of changes!

Nap transitions can be a huge headache for parents who struggle to figure out when it’s the right time for their little one to drop one of his daily naps and, if they make the change too early, their baby might end up being overtired. Learn more about these transitions and how to make them go as smooth as possible.

When is the right time?

There are usually two major transitions within the first year of your baby’s life, the 4 to 3 naps transition, which typically occurs at about 5 months, and the 3 to 2 naps which takes place normally between 7-10 months.

Sometimes babies can go on little nap strikes for a few days, but if you notice that it happens consistently for at least 1 to 3 weeks, it is definitely a sign that it’s the right time for a transition. If they have a great sleep schedule that suddenly changes for no apparent reason (such as travel, illness or teething) or if it takes more than 25 minutes for your baby to fall asleep, it could be an indication of a change in his sleeping needs. Overall, if you start noticing an inconsistency in nap length and a general deterioration of sleep, both day and night, it’s probably time to make changes.

Transitioning too early is a mistake that many parents make, as they think that their baby is ready to drop a nap, but they instead end up with a tired and unhappy baby, and NO ONE wants that!

To avoid making this mistake, it’s important to look at all possibilities before deciding that a nap change is needed. Sickness or teething are two of the main reasons your baby might experience a change in his sleeping routine, so make sure your baby is not coming down with something that might briefly affect his naps. Moreover, when babies are about to experience a developmental milestone (such as rolling, crawling, standing, talking or walking), it can have a huge impact on your baby sleep because his brain is really focused on learning these activities, but that doesn’t mean he needs less sleep, it’s just a temporary change. Overall, take a look at the baby’s 24-hour sleep to check if there are any changes in the various phases of his sleep cycle to determine if it’s the right time to make some adjustments.

The 4 to 3 nap transition typically occurs between 3 and 5 months, as babies start sleeping a little longer and can stay awake some more between naps, so they run out of time for the 4th nap. When this happens you should bring bedtime forward to accommodate the new wake-window and try to keep the third nap to just 20 to 40 minutes. The third nap should be a catnap, just a light-sleep bridge to get from the afternoon nap to bedtime, so your baby is not way too overtired.  As a general rule of thumb, the third nap should be over by 4 pm, but you should see what works best for your little one and pick the right timing so it doesn’t throw bedtime off.

The transition from 3 naps down to 2 occurs between 7 to 10 months and it can be a bit of a challenge because it usually happens when the first two naps have lengthened and, by the time you are ready for a third nap, is too late and too close to bedtime. When this happens and your baby is having two good naps per day, you want to push bedtime earlier to prevent him from becoming too overtired. It might mean pushing bedtime at around 6 pm, or even slightly earlier in some cases, but keeping them up later than that isn’t going to help you or the baby – he will be cranky and you will be frustrated because he is exhausted. You can push bedtime earlier by 20 minutes at a time to see how he responds and how it affects his night sleep, and then gradually keep pushing it as early as you can.

The transition from 2 to just 1 nap typically happens between 15 and 18 months and you should wait as long as possible before making this change because it’s will be very long wake-window for your baby. Signs that your little one is ready to move down to just one nap include not being ready for the afternoon nap until later, a shorter morning nap or the bedtime routine becomes a real struggle because they are still wide awake following the afternoon nap.

Instead of transitioning to one nap right away, you could have two 1-hour nap per day instead of just one long nap. If you switch right away to a 2-hour nap per day, his wake window will be so long that by the end of the day, your baby will be so tired that he will be cranky and irritable. You might need to play with the timing of the naps as well and move bedtime earlier to accommodate the new wake-window. On average, the wake-window at this age is typically between 4 and 5.5 hours for the midday nap and bedtime should be 5.5.to 6.5 hours after waking up for the nap. This transition is never super smooth and for a few months they might fluctuate between 1 and 2 naps per day, which often results in cranky little toddlers from late afternoon onwards, so make sure you have an early bedtime planned to get them to sleep as soon as you can.

Like any other transition, it takes time to get used to it, but with some planning and a lot of patience, it will work out and you will be settled into a new routine very soon. 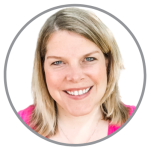 Hi! I'm Mary. Founder of Sleepy Lambs Sleep Consulting. I'm the mum of 3 very busy kids and have an amazing hubby. I grew up in Canada but we love our home in England.

I'm passionate about making the parenting journey a little easier for you and helping your little one become a GREAT sleeper!

← Prev: Nightmares or Night Terrors Next: Your Newborn Has a Unique Temperament →

What is a Sleep Consultant?

What is a Sleep Consultant, I hear you ask… A sleep consultant is likely someone you have never heard of unless you... Going Back to Work

Whether you are only off for a few weeks or taking a longer maternity leave, returning to work can be a challenging... Your Newborn Has a Unique Temperament

You’ve heard the saying “every baby is different” and it’s very true!  We are all born with a unique temperament...